The Five Pearls Foundation stands with…

The Five Pearls Foundation was created to build on a legacy of over 100 years of African American women and men through Zeta Phi Beta Sorority, Inc. and Phi Beta Sigma Fraternity, Inc., who focused on service to improve the human condition. We acknowledge that silence at this tumultuous time, would make us complicit in the system that perpetuates institutional racism.

The video taping of the death of George Floyd ripped off the scab of an already festering wound in America.  As advocates for the disenfranchised in our community, we stand in opposition to the institutional racism that has allowed unarmed black men and women to be killed by law enforcement. We also stand in opposition to systemic inequities that have caused the playing field in America to fall short of her creed…” We hold these truths to be self-evident that all men are created equal, that they are endowed by their Creator with certain unalienable Rights, that among these are life, liberty and the pursuit of happiness…”

In New York State, the repeal of Article 50-a, along with the other groundbreaking police reform measures is the beginning of what needs to be done to right the wrongs of institutional racism. Unraveling systemic injustice, however, will not be fully realized until the inequities in education and the inequities in economic conditions are eradicated. That these legislative changes have finally been moved to the top of the agenda, is a move in the right direction.

We acknowledge that now more than ever it is time for organized action.  We vow as an organization to redouble our efforts to advocate for change that will allow America to truly be a land of opportunity with liberty and justice for all. 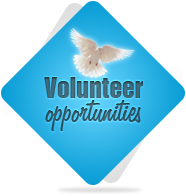